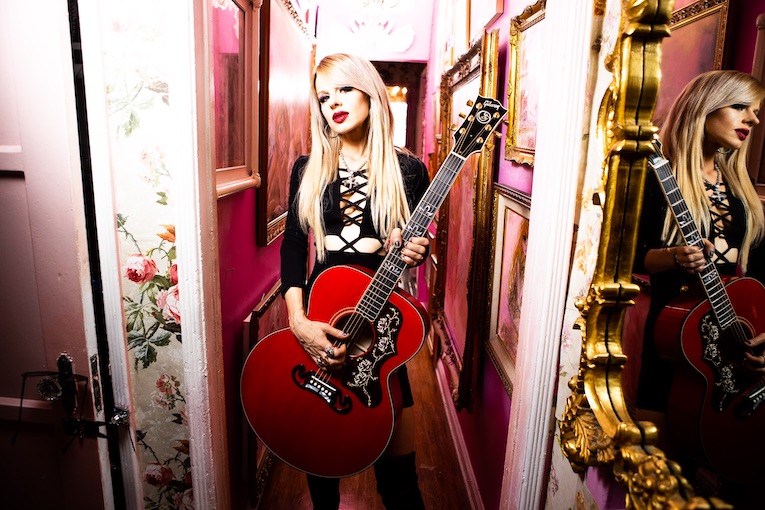 Violet Journey was a pivotal time for Orianthi. Recorded in 2005 and released in 2007, the debut album was a solo effort in every respect for the then 21-year-old singer, songwriter, and guitarist, who self-produced every aspect of the record, right down to playing every instrument and engineering the record herself.

In retrospect, and nearly 15 years following the platinum-selling artist’s release, one that kicked off the Australian-born artist’s greater rock and roll trajectory, Violet Journey also marked a time of innocence, creativity, and extensive freedom for Orianthi.

“I was by myself, away for six months in the studio and just wrote, learned how to play drums, learned how to play bass, and keyboards, engineering, and worked on a 2480 Roland recording desk, which my dad taught me,” shares Orianthi of making the album, which was recorded and mixed at her home studio in Adelaide. “There weren’t too many thoughts going on in my head.”

Having resided in Los Angeles for the past 17 years, Orianthi views Violet Journey as a precious time in her life, before all the “madness,” and one she wants to revisit with her new material.

“That record, I will always look back on as a very innocent time of just creating,” says Orianthi. “It was honest, and there weren’t all these cooks in the kitchen saying, ‘You shouldn’t be doing this‘ or ‘You should be wearing this.’”

Playing guitar by the age of 6—thanks to her father, who played in a Greek band and collected a house-full of instruments—along with an extensive record collection turned a young Orianthi (born Orianthi Penny Panagaris) onto Jimi Hendrix, Stevie Ray Vaughan, and B.B. King. Instantly connected to the guitar, Orianthi religiously began studying every album, solo, and note played by Carlos Santana before playing with her guitar on her own stage in Adelaide when she was 18.

For Orianthi, who also played with Steve Vai when she was 15, Violet Journey eventually led to a signing with Geffen (coincidently prompted by Santana), a 2009 Grammy Awards performance with Carrie Underwood, subsequent gigs with Michael Jackson—including a spot on his This Is It tour planned prior to his passing in 2010—a regular touring stint with Alice Cooper and Dave Stewart, who ended up producing her 2011 EP Fire and her third album Heaven In This Hell in 2013, and other collaborations with John Mayer, Michael Bolton, and ZZ Top.