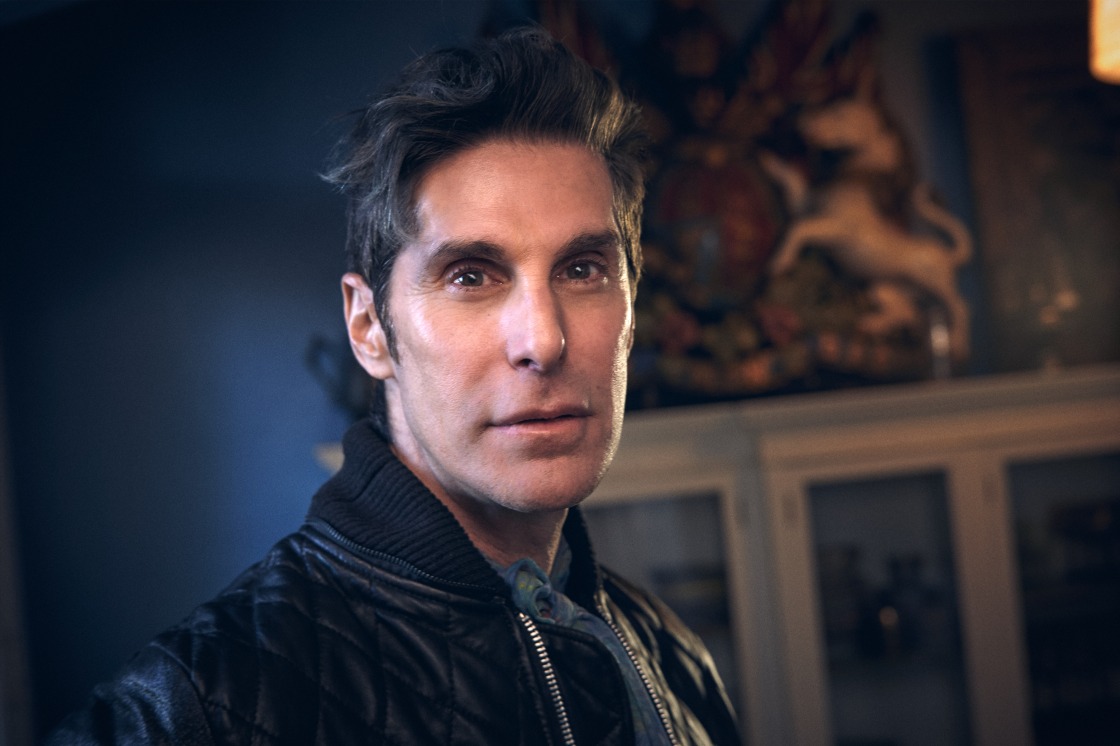 Caught between the showman splendor of a Ziegfeld Follies show and Busby Berkeley-choreographed dancing girls of the silver screen with the poise of the politically slanted satire of Cabaret, is the pith of Perry Farrell’s vision for his Heaven After Dark shows, a concert series that kicked off inside the 1926 Room of the Belasco Theatre in downtown Los Angeles on Feb. 17, 2022, and will continue indefinitely.

“I think now more than ever we need to come together to reignite the power of curiosity, collaboration, and diversity through visual and auditory art,” says Farrell.

Played out in more intimate theater settings, the ceremonies, conceived from Farrell and wife Etty Lau’s Kind Heaven Orchestra, fuse a vaudevillian-inspired sphere of underground culture, visual stimulation, and other eccentricities in what Farrell describes as “an evening to be lived in the sublimity of the moment and the lasting memory of the mind.”

“I wanted to return to that time when there were the leggy dancers, amazing costumes, and a sub-plot of politics like Chaplin’s commentary in ‘The Great Dictator,’” adds Farrell.

Farrell talked about creating a less-politicized aura around the art and performance of Heaven After Dark, and the joy of getting back to sweaty and touchy clubs again

American Songwriter: You call Heaven After Dark “immersive theater.” What do you hope to capture with this series of performances?

PF: I went back to the early 1900s when small theaters were evolving in New York, Paris, Germany, and Austria. It was a small mix of music and art when people like Picasso and Cocteau were doing small avant-garde theater and they always had elements of or a variety of entertainment—cabaret, burlesque—that was basically the mix in those days. And the music they were listening to was classical music with avant-garde composers like Stravinsky, and people were combining opera with classical. They were starting to get kind of saucy. It had humor, a satire, but there were also some political slants. Even in the movie Cabaret, they were mocking the Nazis back then. It’s about having smaller places where people can get together and really talk about what’s going on in their community, in culture, and in society.

AS: Obviously there are elements of politics that slip into art and or within a show, but it sounds like Heaven After Dark will lean more on the satirical side of things.

PF: Everything is politicized these days. There was a time when I was alive, when I was younger, when you could speak about politics, but you can also go outside and forget about politics and go purely into an art aesthetic. It can be something as silly as Dadaist poets and artists just for art’s sake, just to get outside of what’s going on in your everyday life and imagine and enter places that are surreal, and get away from the harsh realities. Sometimes life can be very hard, so I wanted to get back to that place when I was a young, budding artist. Sometimes we got to just dress wild and talk about things that were wild, like drugs and prostitution and rock and roll, and just enjoy our life. I want to reignite that kind of an evening. I want to draw out the artist.