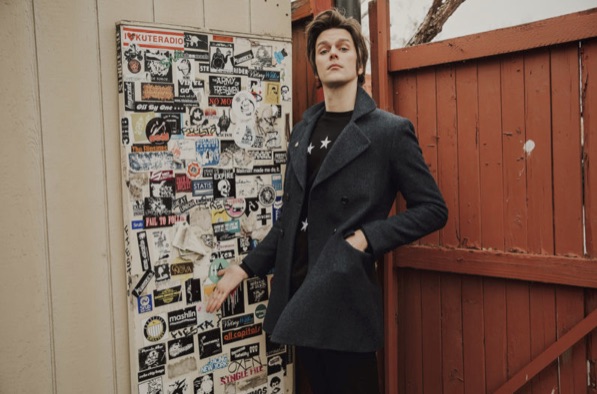 I Don’t Know How But They Found Me’s frontman finds solace and creative liberty in his hometown of Salt Lake City.

Dallon Weekes is vacuuming. “Somebody’s gotta do it,” he says over the phone while at home in Salt Lake City, Utah, with his wife and two children. Weekes is still riding out the pandemic storm while trying to maintain an immaculate home studio.

Several days earlier, Weekes, one half of the indie-electronic duo iDKHOW (a.k.a. I Don’t Know How But They Found Me), was walking through Kilby Court’s emptied space for FLOOD’s “On the Road (At Home)” series. The all-ages indie venue in Salt Lake City is where it all began for Weekes—it’s where he had his first live show with his band The Brobecks, with one of their stickers still plastered among the countless band names on the venue’s exterior, recalling CBGB’s once graffiti- and sticker-clad interior walls.