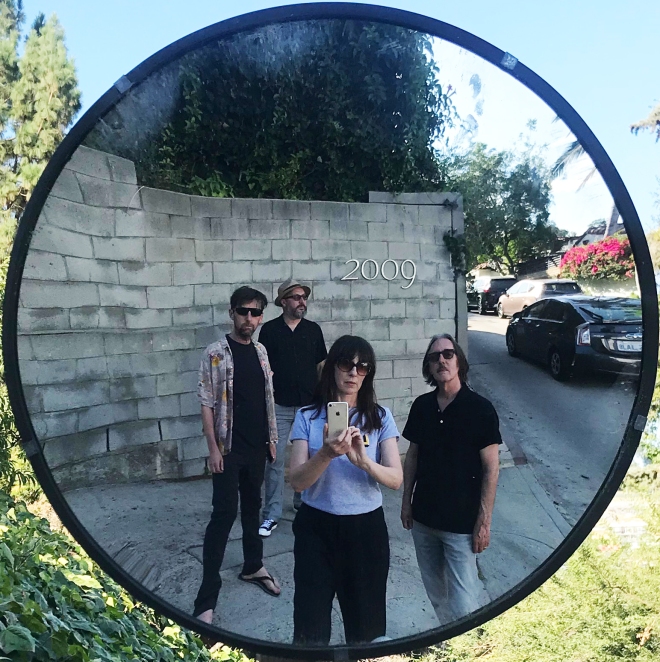 “It’s like an ’80s rom-com directed by Dario Argento with weird, creepy scenes in it.”

Butch Vig is trying to describe Divine Accidents, the second release from 5 Billion in Diamonds, and perhaps these retro-romantic and creepier elements can begin to explain its mise-en-scène. Caught somewhere between the 1980s and ’90s with psyche and post-punk fuses, Divine Accidents is a continuation of the cinematic concept created by 5BID’s core producer trifecta of Vig, Andy Jenkins, and DJ James Grillo.

A follow up to 5BID’s 2017 self titled debut, Divine Accidents (Make Records), out Nov. 20, follows the the band’s conceptualized idea of an imaginary film score.

Once 5 Billion in Diamonds was released, the band immediately started piecing together the next collection of songs by 2018, and recorded the new album by August 2019 with everything mastered and by January 2020. While the first album was a bit more arduous with the trio trying to lock in the right vocalists for their mostly instrumental pieces, when it came time to piece together Divine Accidents, Vig, Jenkins, and Grillo wrote songs tailor-made for each singer.

“Knowing their style, their range and their vibe, it was much easier when we gave them tracks this time,” says Vig. “It was like putting on a form-fitted glove. Because of that, I think this record sounds a little more confident.”

Penetrating in its scope, Divine Accidents was no accident. Even though it was written prior to the 2020 pandemic, many of the songs reflect the effects of isolation, disenchantment, and uncertainty.