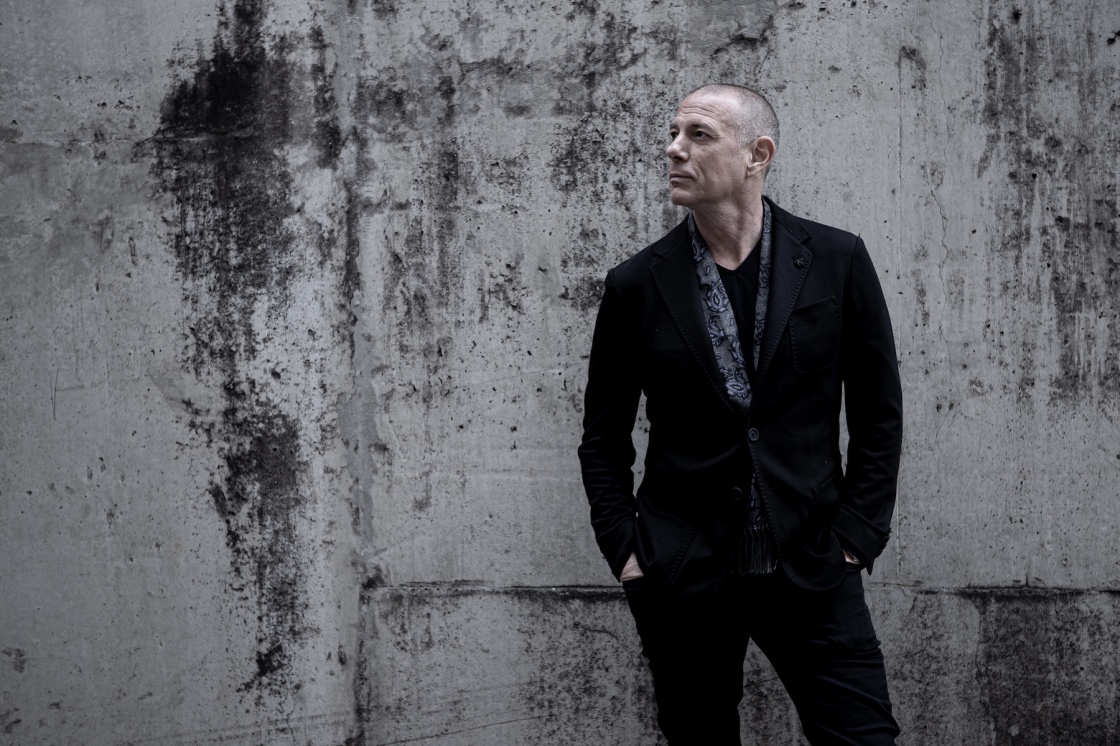 Eric Hilton is on a long walk in D.C. Walking helps him stay centered during the current state of affairs. “It’s an excellent time to escape into the your own creativity if you can,” says Hilton. “I know it’s one of the things that kept me sane along the way.” Just a few weeks earlier, Hilton, co-founder, and one half of the electronic duo Thievery Corporation, was centering himself around new music, releasing Infinite Everywhere, his first solo album after more than 25 years with the band.

Recorded during the late fall and early winter of 2019, Infinite Everywhere is one of two or three solo albums Hilton is planning to release in 2020. Fused by a backlog of song fragments, ideas, and finished tracks—several initially reserved for Thievery—and some new, Infinite Everywhere was weaved together at Hilton’s Winter Palace home studio in D.C. and is the beginning of what he says is the next 25 years of his career.

“I was really debating which album I would release first, and I chose Infinite Everywhere, because I figured it was an easier digest for fans of Thievery and stuff that I had been doing,” says Hilton. “The next record has a lot of the Thievery fingerprint on it, but it’s more of a soundtrack, so it has an easy listening, Bossa, and world music kind of vibe.”

Since 2005, Hilton says working with Thievery Corporation has been a predominantly split process with co-founder Rob Garza and he working mostly separately, then coming together to decide which cuts to finish. “We’re very close personally, but we like very different things,” says Hilton. “Rob really loves the road and the live band aspect of Thievery, and I really love the music making, so after 25 years, I just thought, ‘I’m just gonna do this by myself for awhile and enjoy making music with no one else’s opinion.’ No offense to Rob or anybody, but I just want to trust myself and do my own thing.” He adds,” Frankly, I think I’ll probably do this for forever.”

Worn out from what felt like a factory-like manufacture of music at times, exploring solo material was a natural progression for Hilton. “I was a bit fatigued making music that would fit into a live show or music by committee,” says Hilton. On Thievery’s most recent release, 2018’s Treasures From the Temple, Hilton worked with studio musicians doing jam sessions at their Montserrat House [Studio], then passed all of the components to their engineer. “Even though some really good songs came out of that… again, it’s sort of music-making by committee,” says Hilton. “It’s fun, but that’s not really what I want to do. I like being in solitude and just sitting there writing. It’s a lot more meditative that way.”

Infinite Everywhere encapsulates Hilton’s musical meditations. Textured in trance-like motions, Infinite Everywhere effortlessly moves through different times and space. It’s a resplendent collection of sexy lounge-induced jazzy trip-hop, elegantly unfurled around nuanced arrangements from the steady beat of the opening title track through the sultry glide of “More Beautiful Things,” which opens on a very “educational” oration on the euphoria of an acid trip.